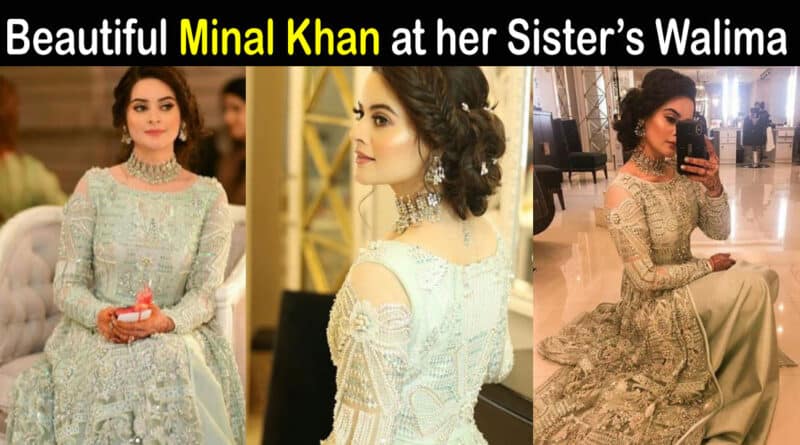 Minal Khan and Aiman Khan are well-known actresses of Pakistan Showbiz Industry. Aiman and Minal are famous for their identical looks and outstanding acting skills. They started their acting career from their childhood. Aiman Khan got married to famous actor Muneeb Butt in 2018 in a fairy tale wedding ceremony. Their wedding events were outstanding, many celebrities from showbiz industry attended the events. Minal Khan was looking amazing at all wedding functions. Minal Khan wore a beautiful light green gown in Aiman Khan walima and stole the event with her gorgeous looks.

Minal Khan is looking like a princess in pictures of Aiman Khan Walima. She wore a gorgeous outfit designed by famous fashion designer Erum khan. Her matching jewelry and stylish hairstyle gave her a perfect look.

Minal Khan performed in many super hit dramas. Her acting in drama Jalan in different from her other characters in Urdu Dramas. The first time she appeared in a negative character and faced criticism from her fans. She paired up with handsome Emmad Irafni and viewers appreciate their on-screen couple. Her acting is amazing in this serial. She is also known for her innocent expressions and charming personality. Due to her pretty looks, she is the first preference of all top fashion brands. 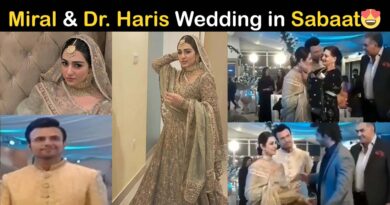 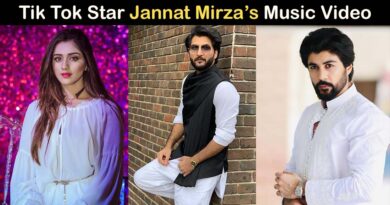 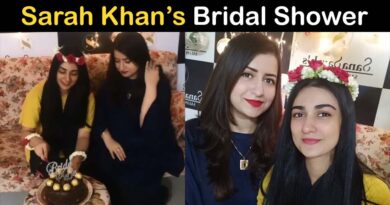