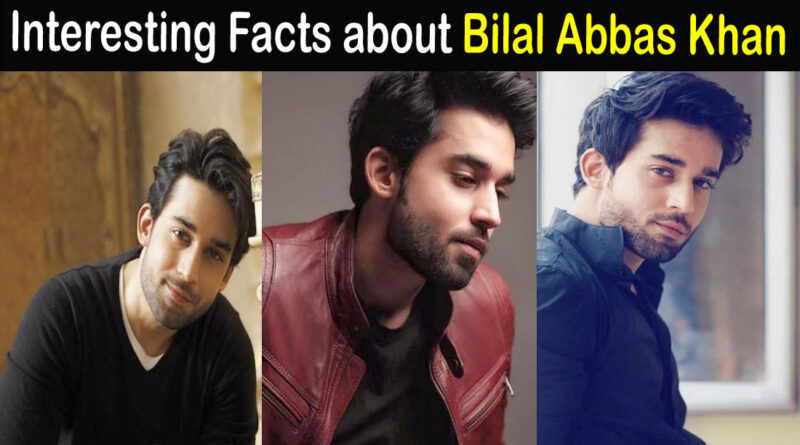 Bilal Abbas is a young and talented Pakistani actor and model. He is the next superstar of the drama industry. He is a versatile actor and can perform any type of character with his outstanding acting. He performed in many hit dramas. He appeared in both negative and positive characters and people love him in every role. He always wanted to become an actor. He was very passionate about acting and got formal training from NAPA. His fans want to know the complete Bilal Abbas Biography.

He is a very talented and hardworking actor. Read about Bilal Abbas’s Biography, age, education, and family.

Bilal Abbas was born on 4th June 1993. His birthplace is Karachi. He joined the drama industry at the age of 24 years. He celebrated his birthday with his family.

Bilal Abbas received his early education from boarding school, Lawrence School Murree. He completed his degree in BBA from SZABIST.

Bilal Abbas is very close with his parents. His father served as DPS Karachi. His mother is a fashion designer and designed his outfits. He has 2 brothers and one sister. Bilal Abbas sister’s name is Sana Tauseef. His sister is married and has one son 10 years old. Bilal Abbas’s brother name is Umair Abbas and Shahbaz Abbas. He has a very friendly relationship with his brothers.

Bilal Abbas performed in many super hit dramas with top actresses. He is the favorite actor of top directors and producers.

Bilal Abbas loves to share his pictures with his family on his social media accounts.