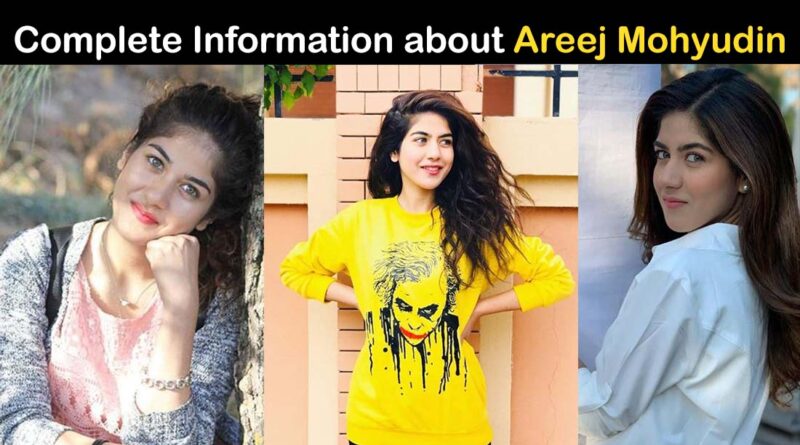 Areej Mohyudin is a young Pakistani actress who has won millions of hearts in a very short time span. She started entered in showbiz world when she was in the last year of the degree. She completed her education along with her showbiz journey. Areej is a young and beautiful actress and her curly hair and colored eyes make her one of the most attractive young Pakistani celebrities. Here, we have complete biography of Areej Mohyudin. Her recent drama is “Qissa Meher Bano Ka” in 2021 with Ahsan Khan and Mawra Hocane. Let’s dig in to know more about Areej.

Areej has done Bachelors’s in IT. She joined showbiz before completing her education. She was in the last year of her degree when she joined the showbiz industry.

Areej Mohyudin is not married yet.

Areej Mohyudin is the only sister of four brothers. Now she lives in Karachi for her Work. Her family is very supportive. She is the first one in her family to work in the showbiz industry.

Areej Mohyudin started her showbiz career in 2018 with drama serial “Tajdeed-e-Wafa”. Areej Mohyudin has beautiful curly hair and green-colored eyes. She is an amazing actress. Her favorite actress is Mahira Khan. After Tajdeed-e-Wafa, she appeared in many dramas and her acting skills prove her a brilliant actress. She has a passion for acting. She wanted to become an actress but due to family pressure, she studied IT. But along studies, she started her acting career.

Areej’s family does allow her to work as a model. That why she started her career in acting.