You can watch the drama serial Saaya Season 2 daily at 7:00 pm only on Geo TV.

The story of the Geo TV drama series revolves around a family of four daughters and their father. When one of their sisters is going to get married and start a new chapter of her life, something from the past starts disturbing their lives. Feroze (Daniyal Afzal) enters pinky’s life and pinky starts to like him. But she is unaware of the damage Feroze would cause to her family.

Mashal Khan started her acting career in 2017 and performed in many hit dramas. Her debut drama was “Suno Chanda” with Farhan Saeed and Iqra Aziz. If you love to watch horror dramas with suspicious and thrilling stories then must watch Saaya 2 on Geo Entertainment with an amazing story and a talented cast. 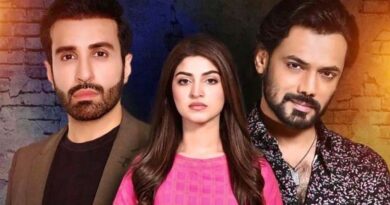